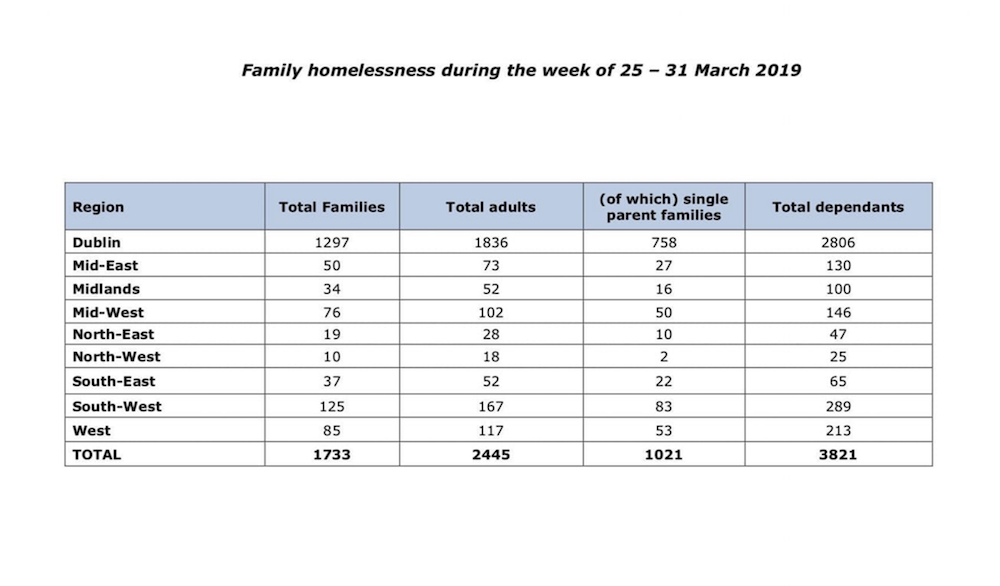 At the end of April the Department of Housing, Planning & Local Government released its most recent homeless figures. During March 2019 there were over 3,800 children who were homeless and 2,445 adults. This represents a rise on the same period in 2018 and shows that Fine Gael’s promises (and those of their ‘independent’ allies) to make housing the test of the success of the government to have been merely shadow play.

The majority of those children are from one parent families, those parents are mainly women. These figures are not the entire picture, there are women and children in refuges, the hidden homeless, Direct Provision and many on the streets are not counted.
This is a generation suffering and becoming institutionalised due to no fault of their own.
This can be solved but we need to vote out those who refuse to fix the problem FG, FF & Labour.
Some seem to think if your local FF or FG Cllr gets the road fixed or gets your windows done you should vote them back in, this will not create change, everything will just stay the same.
Its up to the people to change it because the establishment currently elected won’t change as it benefits them to much.